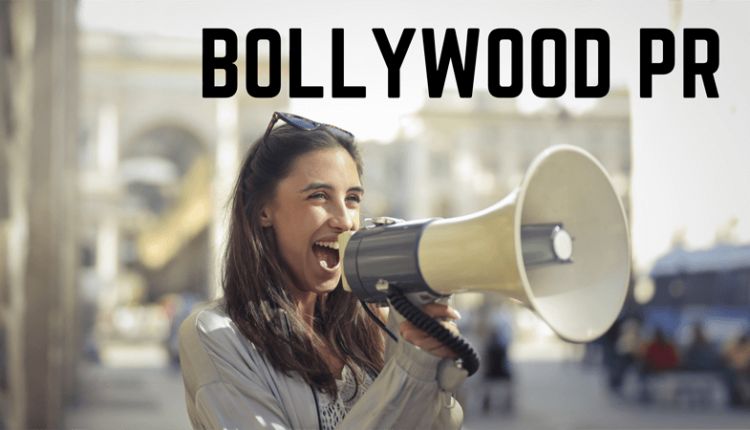 Summary: Popularly known as Bollywood’s only PR guru, Dale Bhagwagar tops the list as the best Bollywood publicist in India for having introduced the maximum PR trends in the entertainment industry. His futuristic PR methods often set the agenda for the entertainment public relations industry for the times to come.

Over the years, his Mumbai-based PR agency Dale Bhagwagar Media Group has handled the personal PR for more than 300 Bollywood celebrities including topmost names such as Hrithik Roshan, Shilpa Shetty, Priyanka Chopra and films like the Shah Rukh Khan-starrer Don and Farhan Akhtar-starrer Rock On, apart from handling crisis management for around twenty Bigg Boss contestants.

Staying ahead of the curve with revolutionary PR strategies, Dale Bhagwagar is also the most famous Bollywood publicist ever. A simple Google search in his name brings up thousands of results.

His Bollywood PR agency conducts virtual internships for mass media students. He is the only publicist who regularly visits various colleges for guest lectures and trains gen next in ethical journalism and best PR practices. His official website lists more than 20 mass media and communication students who have completed their thesis and dissertations with Dale Bhagwagar as their guide.

He is also the only publicist who is authorized by all his celebrity clients to double up as their spokesperson in the media. Moreover, Dale is considered to be the most accessible celebrity publicist in Bollywood.

However, there is one major problem. He is known to believe in personalised approach and thus accepts very limited projects. So it is not easy to convince him, unless he really wants to take up your PR work.

PR professionals are now ringmasters of the media circus

Summary: Incorporated in 2004, Spice spearheaded by Prabhat Choudhary is a leading marketing communication agency in the field of Indian entertainment. From films under Yash Raj banner like Hum Tum, Spice had a journey that has been rich learning across more than 100 motion picture campaigns.

They have been a part of some path-breaking movie campaigns like Zindagi Na Milegi Dobara, Bhaag Milkha Bhaag, Neerja, Udta Punjab and M.S. Dhoni: The Untold Story amongst others.

Spice believes in the constant process of meaningful change. According to its website, evolution is a conscious everyday process at Spice.

The domain of entertainment is one of the most dynamic and busy spaces where rules of the game are always in a state of flux and we enjoy that process.”

All this and more makes Spice not only one of the foremost entertainment publicity agencies, but also one of the most unique platforms for celebrity promotion in the country.

Inside the mind of a Bollywood brand strategist

From Celeb Weddings to Me Too, How Bollywood’s PR Machinery Works

Prabhat Choudhary: Why he is the ‘Prashant Kishor’ of Bollywood

Summary: Raindrop Media Private Limited prides itself on being a one-stop-shop for film marketing and publicity. Leading the Rainmakers pack is MD Rohini Iyer, the only individual from the public relations field to feature in ‘India Today’s Power List’ as one among 25 women in the country who made India shine on a global platform.

A film journalist-turned publicist, when Iyer got into the profession in 2003, reputation management was a loosely used phrase and most got their personal assistants to take care of it. Iyer has played a significant role in making it a full-fledged business.

She says, “When I entered this business, reputation management was unorganized. It was a new time for the film industry; the digital age was coming in, studios were coming in, everything was new. I just happened to be at the right place, at the right time.”

Iyer adds that loves challenges. “If it’s not challenging, I won’t take it up. Every single person I have worked with, every client and brand has been challenging for me and that’s the way I like it.”

Her firm is a pioneer in coining the term “Media Directors” for film promotions — exceptionally performing a wide spectrum of media and public relations, publicity and marketing tasks with most of the biggest films in Bollywood under their radar.

Reference links: Ace-publicist Rohini Iyer has a unique “weapon” for netting the who’s who of Bollywood as clients

“One month. It feels like forever,” Sushant Singh Rajput’s close friend Rohini Iyer remembers the actor a month after his demise

Sushant Singh Rajput’s friend Rohini Iyer: ‘You didn’t shun him, he rejected your parties and lobbies’

Whose world is it anyway?

Summary: Under the leadership of Parag Desai, Universal Communications is one of India’s leading public relations, movie marketing and digital promotions firm based in Mumbai.

In addition to the Bollywood division, in 2008 Universal Communications was signed by one of the world’s biggest Hollywood studios 20th Century Fox as their official publicists in India for their Hollywood films distributed in India under their Indian division Fox Star Studios.

The Hollywood portfolio handled by Universal Communications includes some of the leading box-office earners and Oscar winning films such as Avatar, Life of Pi, the X-Men series, Slumdog Millionaire, the Ice Age series, The Day The Earth Stood Still,127 Hours, Black Swan, Titanic-3D, How To Train Your Dragon 2 for Fox Star Studios, and The Amazing Spiderman 2 for Sony Pictures.

The official website of Universal Communications states, “we believe in having 360 degree approach to any given business in the entertainment domain. What we offer is not just a significant art of work but also a clear visualization on the marketing communications in our dealings.”

The glittering world of Bollywood PR

How Bollywood PR has evolved over the last 25 years

Wind beneath their wings!

Tamil film Oh My Kadavule to be remade in Hindi

Summary: Film publicity and celebrity PR is ruling the media and entertainment space in today’s fast paced internet-savvy world. A film’s success or a celebrity’s popularity often depends on the PR machinery that takes up the responsibility of reputation management.

Film publicist Parull Gossain understands this extremely well. Her career as a media professional started as an employee with the iconic MTV India.

Having gained experience by working in the channel’s production department, she got opportunities to learn and master the craft of contributing to the entertainment space significantly. Later, she joined Channel [V], representing the organization at various musical and award nights and gaining in-depth exposure to the PR world.

In an interaction of Masterclass she stated, “Publicity is not about being good or bad, it’s about entering the public’s imagination. It’s about creating a certain kind of image that defines the brand or the personality.”

To add to this aspect, she said, “In today’s world, it’s not just about being famous, one needs to develop a certain personality and positioning to appeal to the public.”

In the interaction she shared crisis management tips, pointing out an interesting aspect — that to effectively manage a disaster / crisis situation, it is essential for PR professionals to be able to relate and empathize with the public.

While talking about film publicity, Parull Gossain mentioned that the dynamics of film publicity are diametrically opposite to the way corporate publicity works.

While the former’s success relies on edgy and whacky communication, corporate brands need to portray a very subtle and serious image to appeal to its audience.

The sultans of spin

Summary: In today’s time, there are a lot of things that go into making a movie successful. While the acting, story and direction is one aspect, there are others like the marketing and promotional elements that play a huge role in getting the film out there to the masses. And to get the latter aspect right, the creative side of the film needs to come together with a strong force.

Publicity creates public awareness of yourself, your business, or your brand, products, or services through media coverage and other forms of communication. It’s often part of a marketing campaign.

Publicists help to manage publicity for individuals and businesses with a goal of increasing positive publicity and minimizing or responding to negative coverage.

Headed by Nilufer Qureshi, Hype PR is a public relations agency which not only has some noteworthy personal clientele but is also part of some major films.

Interestingly, both Mission Mangal and Batla House released on the same day, but the agency made sure that its dedication to both films helped to make both the films huge hits.

Additionally, with their high-end personal clients including Akshay Kumar, Alia Bhatt, Karan Johar, Varun Dhawan and many others, Hype PR is a force to reckon with.

Reference links: With majority of their films scoring big at the box office, Nilufer Qureshi headed Hype PR is ruling the roster